The Prevalence of Ocean Plastics

The primary sources of plastic pollution include lost or abandoned fishing gear and nets, as well as improperly disposed of trash. Rain and winds often sweep these forms of debris directly into waterways or into storm drains that then distribute the waste to rivers and lakes. Studies show that 1000 rivers across the globe are responsible for nearly 80% of the plastic waste found in the ocean. These 1000 rivers account for only 1% of all rivers in the world.

Ocean plastics primarily accumulate in five distinct areas of the ocean where circular currents, or gyres, trap circulating trash, ultimately forming expansive garbage patches. The most well-known garbage patch, the Great Pacific Garbage Patch (GPGP), is the largest of the five. In fact, the GPGP exceeds the surface area of France, Spain, and Germany combined and contains an estimated 220 million pounds (11,000 tons) of plastic alone.

Within these garbage patches, plastic is susceptible to degradation from UV light, wind speed, and strong currents. While common plastics like polyethylene might take centuries to fully degrade, all plastics partially break down into microplastic particles that are less than 5 millimeters in size, which are more harmful to the environment and more difficult to clean up. 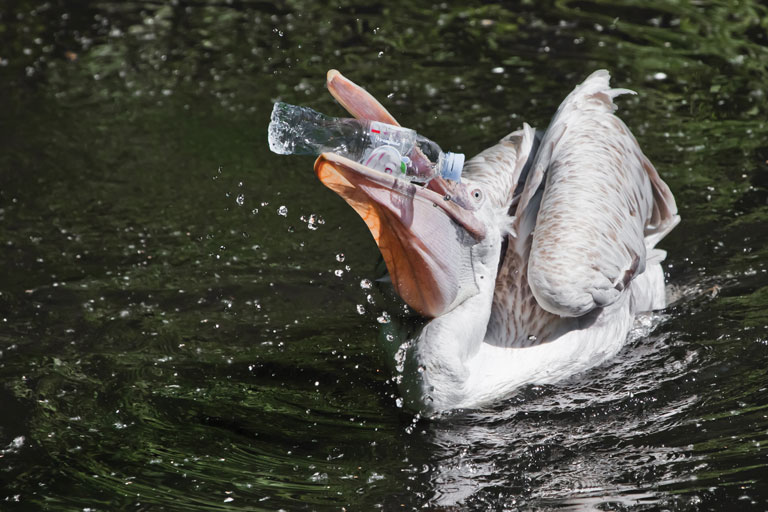 Plastic pollution severely threatens marine life, impacting over 700 different species of aquatic animals. Over 1 million marine organisms are killed each year due to plastic pollution. There are three ways in which discarded plastics can harm or otherwise precariously alter sea life: entanglement, ingestion, and disruption.

Fishing nets, packing bands, and other “macroplastics” can entangle and trap aquatic life, cutting into their skin or hindering their abilities to swim and survive altogether.

Plastic debris can look like food to creatures such as turtles, dolphins, whales, and birds. Upon ingestion, these plastics can give animals a false sense of fullness, eventually causing them to starve from a lack of nutrition. Certain plastics can also puncture their intestinal walls, eventually resulting in their death.

On a microscopic scale, various marine organisms ingest the microplastic particles that result from plastic degradation. These microplastics then show up in seafood that is consumed by humans. While the effects of these microplastics on humans continue to be studied, some negative health consequences have already been identified.

Lastly, plastic debris can attract organisms such as plankton and larger sea animals that then colonize the plastic waste instead of their typical areas of habitation. In turn, this colonization pattern disrupts the natural marine ecosystem. 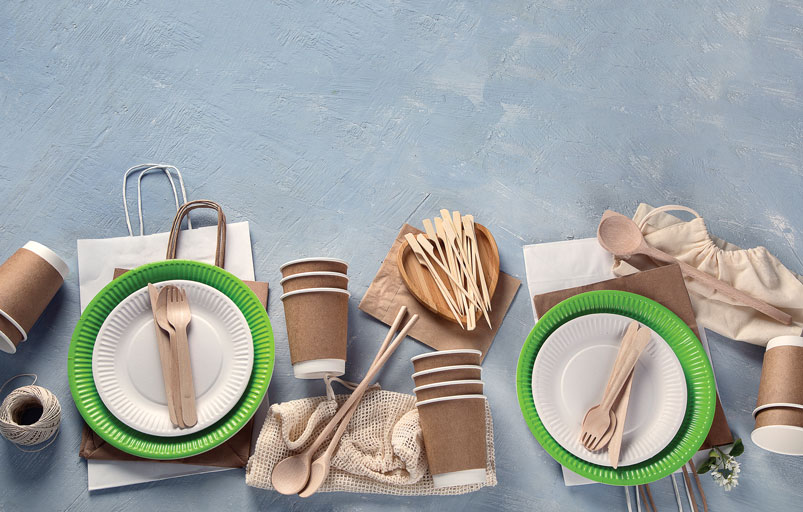 Reducing the Impact of Ocean Plastics

Reducing the Impact of Ocean Plastics

There are various ways in which we can reduce the threat of plastic to marine life, yet all of them must be pursued simultaneously to have the greatest impact. While most ocean plastic results from single-use plastics such as takeout containers, food wrappers, and condiment packets, limiting the use of single-use plastic should not be the sole change that we make moving forward as a society. In fact, in the U.S. alone, individuals would need to use 24 million fewer plastic straws “to equal the oceanic impact of removing 1 kilogram (2.2 pounds) of plastic from a river.” In other words, it would take substantial effort on the part of the individual to yield a relatively small change in marine plastic prevalence.

The Pew Charitable Trusts asserts that, to see a more substantial 20% drop in ocean plastic prevalence, there would need to be improved waste management and recycling strategies implemented worldwide. Pew also states that an additional 30% drop in prevalence can be expected if companies commit to making less plastic than they do today. However, given that the plastics economy produces 400-million-tons and counting annually, this is no small feat.

The Ocean Cleanup project suggests aluminum as a viable alternative for commercial production. It costs less money to recycle aluminum than it costs to produce new plastic material. Most notably, if aluminum ends up in the environment, its degradation is less harmful to wildlife than the degradation of plastic.

Because it is unlikely that plastic will ever go away completely, it is imperative for companies across the globe to reduce or more effectively promote the recycling of plastics. Various organizations are currently working hard to clear existing river and ocean plastics, but they are also counting on companies to do their part in minimizing plastic production overall. Optima Gutter Protection is proud to be contributing to the plastic-free economy by utilizing aluminum and partnering with environmentally conscious organizations that are equally dedicated to a more promising future for humans and wildlife alike.

Get Optima™ Gutter Guards for your Home!